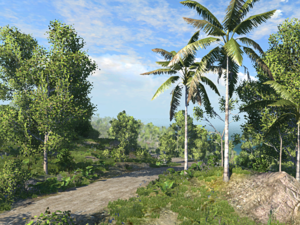 Preview of Dry Rock Island. Images in later versions of the game have "DEPRECATED" shown on top.

Dry Rock Island is a long abandoned industrial island in BeamNG.drive. It features a port, an industrial area, and a residential neighborhood. 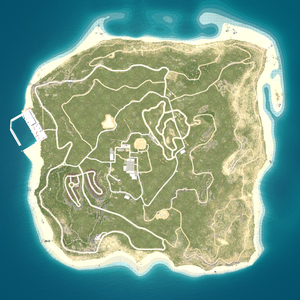 An overview of the level.

The starting location is a gas station near the southwestern corner of the map.